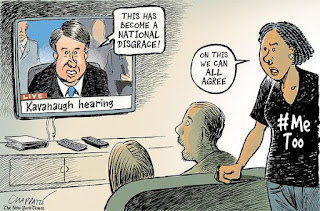 PS. ACLU is spending a lot of money on a campaign against the Kavanaugh nomination. Showing that it is just a leftist organization. After 13 years of support I am leaving ACLU as a member.
Posted by Tomasz at 21:53 No comments: